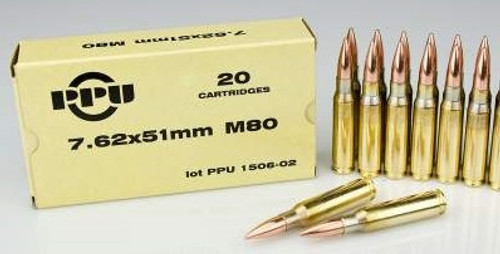 Since 1928, Prvi Partizan has been producing custom ammunition in Serbia for competition, indoor ranges and hunting. Full metal jacketbullets are non-expanding rounds that were designed for target shooting because of their good penetration ability. This ammunition is new product, non-corrosive, in boxer primed, reloadable brass cases. Technical Information