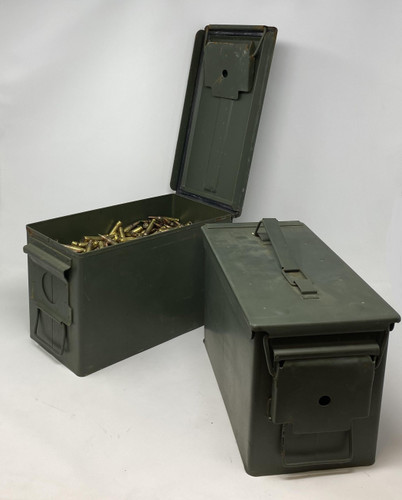 *Ammunition comes in surplus can which may have some blemishes and surface rust, but ammunition inside is 100% new and has been recently put in the can*

Military Requirement: due to the components being from Lake City Ammunition Plant, the cases are required to be annealed. If the cases are not annealed, they do not meet military specs. This does not mean the cases have been previously used. Unlike civilian rounds, the military requires visual proof of the annealing process. This process causes discoloration to the cases, which also provides added durability.

While 5.56x45mm NATO rounds will fit in 223 Remington chambers, we do not recommend this round to be fired in the 223 Remington Chamber. Military rounds run at higher pressures than civilian .223 rounds. Our 5.56 M855 is loaded to Military Specifications to meet NATO expectations. Just like the Military, our expectations for our loaded rounds is to have consistent firing & grouping!