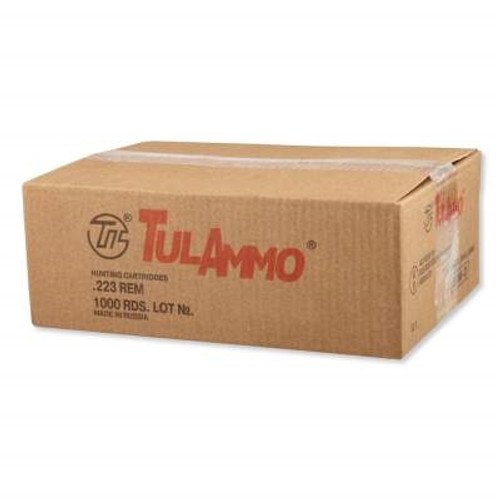 Originally founded as Tula Cartridge Works in 1880, TULAMMO is the leading Russian ammunition factory and currently produces ammunition for North, Central and South America, as well as Australia and several countries in the Middle East.

Used for shooting in bolt action and semi-automatic rifles and carbines, this ammunition has been tested to perform in extreme weather conditions. The projectile features a bimetal bullet jacket with lead core and it's loaded with a spherical powder. This ammunition is new production, non-corrosive in Berdan primed steel cases.